Originally what was to become hospital radio was not a planned event.

Members of Friends of hospitals in the areas of Woolwich and Greenwich were separately trying to create a light musical entertainment on the ward. This took various forms, often with acapella singing or a couple of acoustic instruments and a vocalist entertaining the patients. In those days of course a patient’s stay in hospital was normally much longer than today in addition to convalescence often following an operation or illness.

However, recorded music was the future and enterprising young men like some of our earliest members Frank Blaby and Bert French were already looking to the future. The main hospitals involved at that time were The Brook and The Memorial Hospitals, both on Shooters Hill, although other hospitals were doing something similar across the country. A very confident band of individuals would take turns to visit wards at both of these hospitals to play recordings and talk about the music they played. Sometimes an old wind up gramophone that played large shellac discs at seventy eight revolutions per minute (they were known as 78’s) was used, but both tape players and the more familiar vinyl records became more common.

This was extended to include the showing of cine film, often silent and photograph displays with a talk. Eventually a Photography Club was formed in addition to a Gramophone Club.

The photography club mainly at the Brook hospital occupied a room beneath one of the wards where the birth of broadcasting within that hospital began to take shape. Unfortunately we have little detail of this initial growth at the Brook Hospital but we know that members produced Radio and TV shows that were broadcast to the wards. The TV was mainly chat and news and items similar to those shown on the wards as cine film, but now with a sound track.

At the same time the Gramophone Club had succeeded in wiring the wards to enable them to play recorded music from a central point to headphones and in some cases speakers around the Memorial Hospital wards.

An alliance was soon on the cards between the two factions, by sharing their expertise and manpower they could bring greater coverage with further benefit to patients supplying programmes to both hospitals.
The Brook Hospital TV & Radio Club and The Memorial Hospital Radio Friends were to become The Woolwich Hospitals Broadcasting Service (WHBS) in the early 1960’s. Funded mainly by their respective hospitals Leagues of Friends the programmes would travel from one hospital to the other via a GPO (now British Telecom) land line. Equipment consisted of headphones known as David Browns which would not have looked out of place in a second world war film. They were heavy but they did the job however the engineer of the time Bob Froomes really had his work cut out.

The Royal Herbert Military Hospital was placed midway between the two hospitals on Shooters Hill and at their request were brought on stream to enjoy what was now the radio station with the call sign WHBS. They in turn paid for their own connection and landline.

Needless to say the studios were built and equipped, technically very much down to Barry and Gary, like before Barry’s parents Steve and Molly Grint as well as being major fund raisers worked tirelessly with the rest of the membership to get the job done. Incidentally because of the nature of the beast, projects like this one a rarely actually finished. Technology keeps changing and sometimes advancing so one always has to keep an eye on the future and make appropriate improvements. At one time we used to broadcast via a satellite service to Thamesmead and the surrounding area and now via our website we can offer podcasts so patients and their families can listen in again to their request following hospitalisation or the birth of their latest offspring.

Back to the plot

At the time we were talking of a unit nicknamed ‘The Tardis’ housed the output equipment and for many years we had broadcast BBC Radio 2 when we were not presenting our programmes. Now with a massive three hundred disc player and pre-recorded programmes we, Meridian Radio were a 24 hour 7 days a week station. Paul Jackson and Brian Smith had designed and built a gizmo to keep a check on our connection to Greenwich Much later when our signal was fed via the megastream telecom unit they would design ever more complicated equipment that ensured our connection would be automatically checked and re-connected.

However even then the writing was on the wall. Written down it will hardly convey the time, anguish and work involved to keep things buoyant at WHBS whose call sign was now Meridian Radio as even greater changes would test our resolve. The Brook Hospital was now closed, The Military Hospital was to re-locate and The Greenwich District Hospital would close and re-site in a much larger complex on a site which would become The Queen Elizabeth Hospital.

It was months then years whilst we watched things take shape.

The membership were becoming more despondent as repeatedly the roof had leaked and water was wrecking the equipment. We had even endured a ceiling collapse but maintenance was becoming more and more difficult. A meeting was called and it was put to the membership that our future would probably be best served by moving, yet again, but this time out of the Memorial Hospital to where our main listeners were going to be, the New Queen Elizabeth Hospital.

Today you can see where we are, what we have and you may even get an idea what we do. You will also see some of the people around who helped us on that journey, members of the Queen Elizabeth Hospital NHS Trust that made it possible by finding space, people and organisations that helped fund the operation, technical people and engineers, volunteers, hospital staff, broadcasters and you. We and all the others mentioned believe in the therapeutic value of local radio in hospital, experts have also confirmed this.
We can tell many stories of gratitude from patients, listeners, these are our success stories and we have each had at least one treasured moment that reinforces our belief in what we do.
fundraisers.

At Meridian Radio we are proud to offer what we believe is the best, free, in house radio service that the new Queen Elizabeth Hospital could wish for, together with a service maintained and broadcast to professional standards. Our team of dedicated volunteers are highly trained and enthusiastic in their work, and the essential part of our service is to provide a therapeutic radio service to patients which keeps them in touch both with their loved ones and with the outside world. This we achieve through ward visits to collect patients requests, dedications and messages that are then broadcast via our radio network, and by giving access to relatives and friends for a similar purpose.

We provide FREE a 24 hour service, 7 days each week, through Patientline equipment and the nurse call circuit, with programmes specially tailored for this exciting new hospital. Coincidentally so close to the place where time began on the Greenwich Meridian.

Meridian Radio prides itself on being a prime source of information for our customer clients, the listener. We welcome information from all local sources internal and external, which we readily recycle to our listener. Most valuable of all are messages from members of patient’s families and friends to be broadcast by our station.

As a community station we supply our service absolutely free but the service we provide is not without cost. Our members pay an annual fee, to belong but more importantly are always available for fund raising events from coffee mornings to dances, and looking for the odd donation.

Meridian Radio is no ‘radio club’ for enthusiasts. It is a professionally operated and equipped radio station with very modern equipment and a properly trained, dedicated team, who give their time, and supplement our extensive library of recorded music, with the use of their own collections free of charge. We take our job seriously and select for our membership only people who we believe will be a credit to the service whether they work as broadcasters, technical and support staff or fundraisers.

We hope you will take something of benefit away with you after your visit and spread the word. We hope you are not hospitalised but do not forget we are there when you know of someone that is. Similarly if you think about getting involved, talk to us, not every member is a broadcaster but it’s surprising how many of us thought we couldn’t do it. We have had many success stories, professional broadcasters on BBC and commercial stations, TV and radio but at the end of the day just like the rest of this hospital, our strength is in team work. 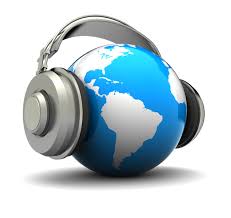